In mechanics, we deal with real-world objects. In particular, we consider the effect forces acting on objects.

Using mechanics we can predict whether and system of objects will be stable, for example, whether a ladder against a wall will slip if someone climbs it. We can also predict the motion of objects, for example where a ball will land if you throw it in a particular way, or how long a pendulum will take to swing back and forth.

We make calculations by creating a mathematical model of the system we are trying to analyse. To simplify the calculations, we will often make assumptions about the system.

For example, if we were calculating the path of a ball that someone has thrown, we might decide to ignore the effects of air resistance. This will make the calculations a lot simpler but might make the result slightly less accurate. For a heavy ball, such as a cricket ball, the effect of air resistance is very small so the result would be very accurate. For a very light object, such as a balloon, then air resistance would be much more significant, and ignoring it would give a very inaccurate result.

In this section, we will look at some of the typical assumptions we make when modelling systems.

We will often use certain terms to describe objects. In mathematics, these terms have specific meanings that are slightly different from their everyday use.

Rigid - An object is described as rigid if it cannot bend, buckle, stretch, or change shape in any significant way. For example, a pencil or sheet of glass would normally be considered rigid, whereas a piece of string or a sheet of paper would not.

Uniform - An object is uniform if its mass is evenly distributed over its volume, or in other words if it has uniform density. That will usually apply to any object that is entirely made of one material, such as a particular type of metal. If an object is uniform, then it can often be considered to be like a point object where all the mass is concentrated in one point, the centre of mass.

Particle - A particle is an object that has mass but is so small that it can be modelled as if all the mass exists at a single point. Since the object is very small, we can ignore any rotation or air resistance. When we describe an object as being small, that is relative to the overall system that is being modelled. So, for example, if we were calculating the motions of the solar system, we might treat the Sun and the planets as points. 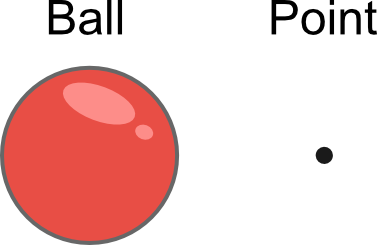 Rod - A rod is an object where the width and height are very small compared to the length. We can treat a rod as if it were a one-dimensional object, with zero width or height. If the rod is uniform, its mass is distributed evenly across its length, so its centre of mass is halfway along the rod. A rod is rigid.

Lamina - A lamina is an object where the thickness is very small compared to its width and height. We can treat a lamina as if it were a two-dimensional object, with zero thickness. If the lamina is uniform, its mass is distributed evenly so its centre of mass is at its geometric centre. A lamina may be rigid (such as a sheet of glass) or not (such as a sheet of paper). 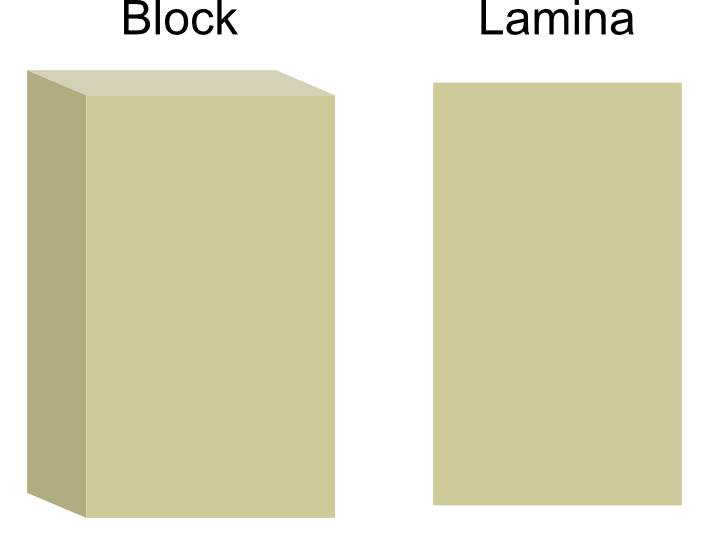 Wire - A wire is a specific type of rod, that can have beads threaded onto it. A wire can be either rough or smooth.

Bead - A bead is a specific type of particle that can be threaded onto a wire, and can move backwards and forwards along the wire. This effectively constrains the movement of the particle to one dimension. The bead will be subject to friction if the wire is rough

Pulley - A pulley consists of a wheel that allows a string to move up and down. If pulley may or may not be light (it takes no effort to turn the wheel) and smooth (there is no friction) as the string moves. 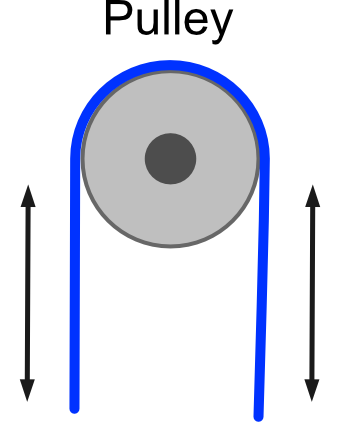 Peg - This is a support that an object can either be suspended from or can rest on. Pegs are normally fixed (ie they never move) and are points, similar to particles. An example of a peg might be a nail in the wall, used to hang a picture.

There are several aspects of the environment that may need to be taken into account.

Wind - Wind is a force created by air moving relative to the object. It is in some ways similar to air resistance, but wind can affect stationary objects as well as moving objects. It can be difficult to take account of because it can fluctuate rapidly in strength and direction. It is usually ignored, but when designing things such as buildings or lorries it is often useful to calculate the maximum amount of wind the object can safely withstand.

Gravity - Any system on Earth is affected by gravity. The Earth's gravity, g, causes an acceleration of approximately 9.8 ms-2. This varies slightly depending on where on the Earth it is measured, for various reasons, but the differences are less than 1%. The figure of 9.8 is generally used in all calculations.